We shopped for clothes for the event, but I ended up with the dress I brought along with me because (1) I don’t have money anymore and (2) there weren’t inexpensive good clothes in Estancia (or maybe I was just not too enthusiastic in finding one).

I think one-fourth of our day was spent in waiting for our Grab taxi (because our driver had so many stopovers but we were too lazy to cancel and find another one) and sitting inside the car because of the heavy traffic along Katipunan.

We stopped by Kantorini Food Park, a food park inspired by Greek’s Santorini. There were only a few people when we arrived since it just opened (it opens at four in the afternoon).

One thing I like about food parks is the variety of food. But since I knew we were about to get full in the dinner prepared by our org, I only ordered mango cheesecake bingsu. And to whoever created this saliva-dripping dessert, thank you. I usually don’t order desserts that don’t have “cookies and cream” on them, but this one’s an exception. ARE THE CUBES CHEESE? That’s the best thing ever.

Then we went to Sangkalan Grill and Restaurant for my beloved organization’s Alumnight. Alumnight is a night for our org’s alumni. And as trivia for new UP EdCirc’s members, it was first launched in 2011 in Jollibee Philcoa (we all wore casual clothes), headed by then Vice President for External Affairs Committee, (ate) Nikka Marie Cancer. The first themed Alumnight happened the following year (cocktail), and it was headed by (ate) Ruby Tugano, a member of the External Affairs Committee.

I was  overwhelmed with the activeness of the resident members. Look at how alive the org is:

And because of our organization loves to do SWOT analysis, let me do it here as well (more detailed than the one in Instagram).

Let me just say that I’m so proud of my org since it reached and stayed alive and kicking for thirty years. 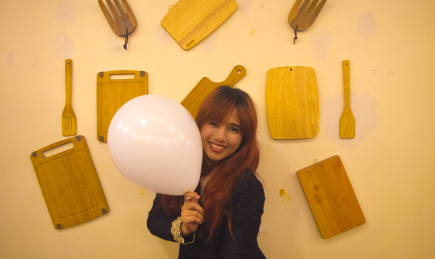 What are your thoughts? Cancel reply

This site uses Akismet to reduce spam. Learn how your comment data is processed.